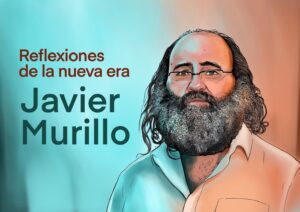 The Diario de la Educación has interviewed F. Javier Murillo, Director of the UNESCO Chair on Education for Social Justice, in its series “Reflections of the new era“.

School segregation is one of the main burdens of the Spanish educational system, where the unequal socioeconomic situation of the environment and families has a great impact on the education of those with less privileges. In the current context of school closure, it seems that an increase in school segregation figures is most likely. This increase, which translates into an increase in the equal oportunity gap, is preceded by extremely worrying data with, for example, the Community of Madrid as the most segregated region in the European Union after Hungary.

Thus, F. Javier Murillo emphasizes the idea of the school system as one of the main strategies for guaranteeing equal opportunities, where school segregation constitutes an obstacle to the compensatory role of education. Furthermore, under the situation of confinement, he argues that said compensatory role has been diminished with the commitment to distance education, where inequalities inevitably increase sharply by depending on the available resources of the families themselves.

In line with the thematic axis of the series “Reflections of the new era”, F. Javier Murillo affirms that one of his greatest wishes is that, after the end of a crisis of such dimensions, the vision towards public services is transformed and its importance is valued.