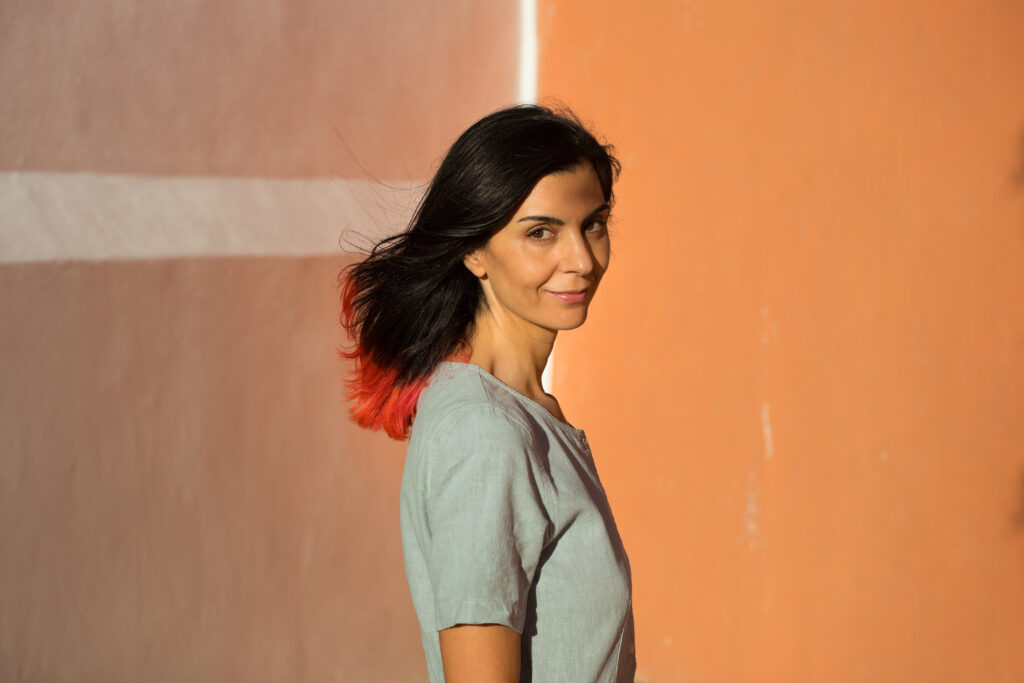 Art can change the world, and that’s precisely one of the reasons that drive Yolanda Dominguez to use it with the aim of raising social awareness and empowering people. She’s been doing so for the last 11 years by creating participatory actions and video works with the aim of unveiling the structures behind everyday machismo.

This is the path she has followed ever since she studied Business Administration and Management first, and then shifted to Fine Arts, at the Complutense University in Madrid. She also holds an MA in Art and New Technologies by the European University and an MA Photography at EFTI School of Photography, both in Madrid. She has been awarded a scholarship by the Ministry of Culture of Spain and has received several prizes by institutions such as the Design Museum in London or the Union of Journalists in Valencia.

Some of her best-known works include ‘Poses’, an action in which several women imitate in public spaces the absurd poses with which women are represented in fashion magazines causing all kinds of alarming reactions. ‘Registry’ was a collective action in which women from all over Spain mobilized to go en masse to the Property Registration Office in order to request the ownership of their own bodies, as a way of protesting against the upcoming -and very restrictive- Abortion Law of 2013 (now withdrawn), becoming a national movement that also succeeded to root in other countries. ‘Accessory and Accessible’ was a counter-campaign protesting a sexist advert for a famous brand of glasses aired in Spanish mainstream TV. Her campaign managed to get the original ad withdrawn and for the brand to change its advertising agency. ‘Children Vs. Fashion’ was a viral video in which a group of children comment on the latest fashion magazine editorials, revealing the implicit violence that exists towards the female body.

She combines her artistic practice with her commitment to education. She has published the book “Maldito estereotipo” in 2021 with Penguin Random House editorial. She has been giving conferences and workshops at universities and schools around the world for more than 9 years, in which she analyzes the importance of images in the construction of our identity and gives guidelines for using them in a committed way to fight inequality. She is a regular speaker at national conferences around violence against women. She also collaborates with media as HuffPost, El Diario.es and Radio 3 and creates specific campaigns for government agencies, such as The Government of Cantabria, Junta de Andalucía, The Government of Asturias and The Canarian Institute of Equality.