May 16. International Day of Living Together in Peace

The General Assembly of the United Nations in the session held on December 5, 2017 declared May 16 as International Day of Living Together in Peace, understanding that it constitutes a permanent commitment to promote and promote the culture of peace and non-violence in all spheres and tasks in order to benefit humanity, especially children and future generations. 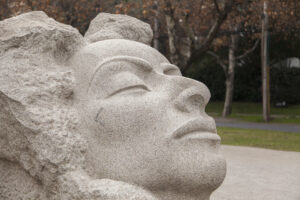 The culture of peace and non-violence allows us to prevent and at the same time eliminate all forms of discrimination and intolerance that implies denoting any distinction, exclusion, restriction or preference based on reasons of race, color, sex, gender, language , religion, political or other opinion, national, ethnic or social origin, economic position, physical handicaps, birth or any other condition that holds children and any human being.

In this regard, the prominent poet Gabriela Mistral – teacher and Nobel Prize in 1945 – reflected on peace, its meaning and transcendence for humanity, which is reflected both in her poetic work, as well as in her various original documents. Thus, on September 27, 1951, the distinguished poet in one of her manuscripts, entitled “Peace”, tells us:

“Peace, in addition to being a vertical dictation of reason, is the feeling in which the gospels most gloat. And, for all of us, it is the inescapable condition that allows us to live, create, prosper. As soon as she breaks, everything won by us doubles and lies down devastated by the cyclone pray that is war.”

After that, she expresses to us:

“For this reason, the cause of Peace becomes the cause of children and for them we have to defend it with a stubborn stubbornness and with all the fire of the heart.”

Peace, then, allows everyone to achieve the greatest development according to their abilities and capacities, at the same time, it requires that human relations be established in the unrestricted respect for human rights, as well as in the protection of the environment. environment. And, this will only be possible through dialogue, but we must also understand that the difference is based on equal rights.

Commemorating this international day implies promoting that the different cultures, religions, confessions, beliefs, worldviews dialogue and reflect on those issues that affect all of humanity, as well as groups and / or groups in particular. Only in this way can representative and democratic agreements be reached, therefore, it is relevant that this dialogue be intercultural or multicultural, understanding that difference enriches our work, as well as strengthens the culture of peace and non-violence.

With regard to the aforementioned, it is necessary to consider the work of the renowned Mapuche writer Elicura Chihuailaf – exponent of ethnocultural poetry -, who in his book “Confidential Message to Chileans” points out:

“I ask you now: how much more do you think you know about the Mapuche people, about our culture? How much do you think you know about the Chilean people, their culture? I tell you this because there is a paradox -among so many that arise from looking at us distant and suspicious, invented “encounter” by means of which we are branded on the one hand as “ignorant” and on the other hand we are demanded and / or we are ” admire “for a more or less extensive knowledge regarding the wisdom of our Ancients.

To me, I say, they taught me to value, to believe in the strength of the word. The words express the world view of those who created them: their gestures. They – some more than others – reveal the thinking of their speakers, their managers, they say. ”

Peace, then, allows coexistence to be based on that word that builds spaces for dialogues that encourage people to meet and live fully according to their worldview, culture and social structure in harmony with others. Also respecting the cycles of nature, habitat and protecting biodiversity.

Lastly and according to the Resolution approved by the General Assembly on September 25, 2015, coexistence in peace constitutes a fundamental pillar of the 2030 Agenda for Sustainable Development, while promoting multicultural, ethical and also respectful understanding. with the environment, meanwhile, responsibility is shared and therefore we must build peaceful social spaces so that all controversy is resolved through dialogue, thus strengthening democracy and social justice.