The latest article by F. Javier Murillo and Guillermina Belavi is entitled “Differential Impact of School Segregation in the Performance of Native and Non-Native Students in Spain” and has been recently published in the Journal of New Approaches in Educational Research. 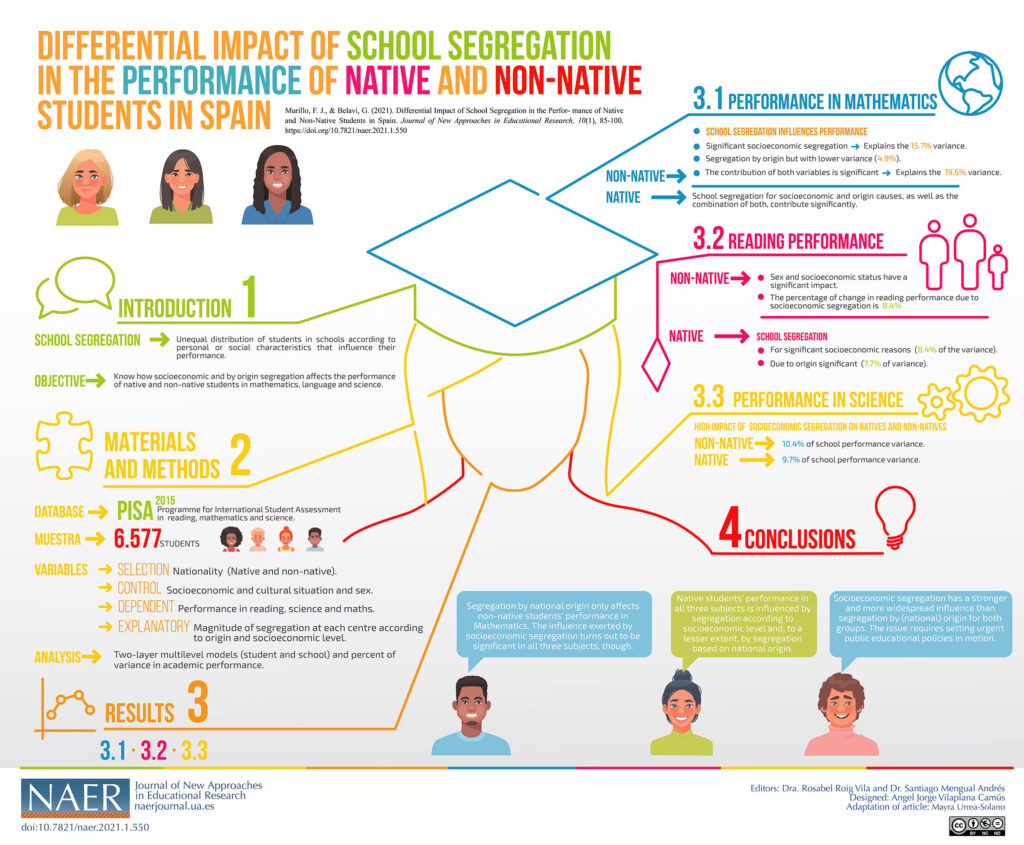