This workstream is proposed with the objective of reflecting on what education we need today to build fairer societies from an eco-social perspective, which should have as an undeniable priority the socio-ecological literacy of our societies and their inhabitants.

It is presented as a workstream that allows connecting practical and material knowledge to re-articulate a way of life that can avoid the most harmful consequences of industrial and capitalist production, with a theoretical framework that changes the imaginary in the direction of a New Culture of the earth. 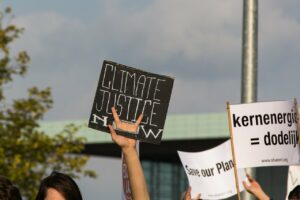 A basic objective that education in its broadest sense – from the democratic paide that is forged in political and social spaces to the curricula of educational centers at all levels – must satisfy is to provide basic training on the actual functioning of the Human life in Gaia. In the face of the obscurantism of economicism that claims that infinite growth is possible on a finite planet, it is necessary to counterattack with an interdisciplinary formation that, starting from thermodynamics and biology, allows us to understand the nature of our interaction with the planet. And, from there, work on a humanistic approach that reflects on how to build lifestyles that make the limit imposed by that framework compatible with the construction of desirable lives in just and democratic societies. An ecologically conscious education must take with determination under its responsibility the visibility and illustration of the contemporary emergency scenario and the criticism and denunciation of the dynamics responsible for it. All of the above would constitute the heart of the work of this workstream in the context of the Chair.

From this workstream some activities have been organised:

In addition,Chair members have also participated in various conferences, seminars and seminars on the subject: