UNESCO launches the campaign ‘keeping girls in the picture’ 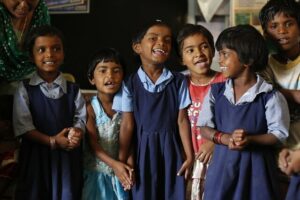