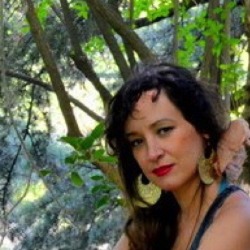 Eva Botella Ordinas (3 sexenios of research) is Doctor in the Department of Modern History of the Autonomous University of Madrid (UAM) since 2012, participates in a Master of Excellence and is a member of the DEMOSPAZ University Institute, of the GinTRANS group, and POSTORY-UAM project coordinator. Since her doctorate in 2003 at UAM with a thesis on the origin and meaning of the Hispanic imperial ideology, she has been a researcher Ramón y Cajal, Fellow of universities such as the European University Institute or Harvard University, and libraries such as the Folger Shakespeare Library or the John Carter Brown Library. She has participated in 11 funded research projects, managing and directing several, presenting conferences and presentations at more than 30 international congresses and organizing almost a dozen international workshops and congresses. Postdoctoral research (2003-2007) focused on the construction and meaning of imperial ideologies, moving from Hispanic to British, built on political debates involving and modifying international law. The R&D project developed with the Ramón y Cajal contract (2007-2012) continued along this line, discovering the importance of these debates for the forging of the concepts of Western property, humanity and nature, delving into the Atlantic, political history, legal, science and emotions. She also continued to investigate the republican language, connecting her Hispanic historical roots with the construction of Spanish democracy, and analyzing the role of republicanism in the historiography of British parliamentarism.

Since then, she has expanded these lines of research by participating in various R&D groups and projects, covering the history of emotions, of the identities in the Monarchy of Spain, of the western construction of the subject and nature (human and animal) against the post-capitalist transitions, and the role of science, liberalism, memory and urban spaces in the creation of the modern and postmodern subject (European Culture Project of which it has been co-organizing: METABODY). In these lines of research he has written 3 books and 5 book chapters, some for publishers as prestigious as Princeton and Oxford, and has published 1 as a result of his work in teaching innovation. In turn, he has written 12 articles, most of them in well-known indexed journals, with blind peer review, and prestigious editorials, which have been widely cited, many of which were also published in international journals and in several languages (such as “ Cattle, ”Oxford Bibliographies Online, Atlantic History, 2018;“ Debating Empires, Inventing Empires: British Territorial Claims Against the Spaniards in America, 1670-1714, ”Journal for Early Modern Cultural Studies, 2010;“ Exempt from time and from its fatal The Spanish imperial ideology, 1590-1700, Renaissance Studies, 2012; “Colonialism-Postcolonialism” 2013) or “Livestock”, Princeton Companion to Atlantic History, 2014)). These publications deal with the modern intellectual, cultural and legal history of Spain, England, Atlantic, international law and property from a post-decolonial perspective.

From these investigations another project has been derived from which she is currently a Principal Investigator (POSTORY), where she works on workshops in formal and non-formal education on memory, photography and history from a basic, gender, diversity democratic perspective. functional, integrative and socioecological. Her interest in educational innovation and social justice is shown in her previous career: Principal investigator of a Teaching Innovation Project on gamification in the classroom (JUEGOS_DE_PAZ_-_JUEGOS DE PAZ; publishing its results) and editor of a volume on research in the classroom.