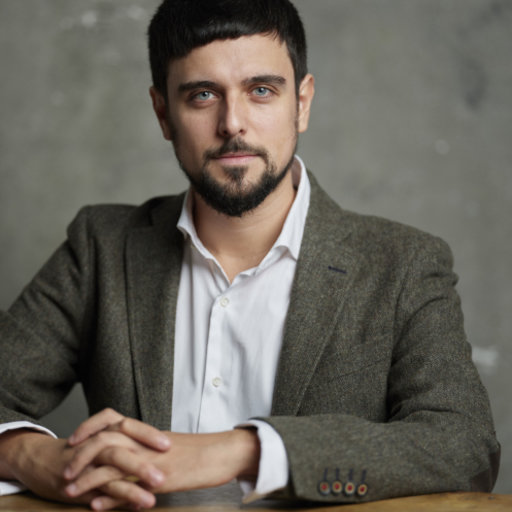 Diego S. Garrocho Salcedo was born in Madrid in 1984. Former student of the I.E.S. Cervantes, is a professor in the Area of Ethics and Political Philosophy in the Department of Philosophy. International Doctor of Philosophy from the Autonomous University of Madrid, completed his training in France, at the Université de la Sorbonne (Paris-IV), and conducted research stays in the United States, at Boston College and the Massachusetts Institute of Technology (MIT) . In recent years he has taught subjects such as Ethics, Political Philosophy, Difference Policies, European Cultural Identities or Theory of Knowledge and has acquired teaching responsibilities in institutions such as the School of Philosophy, the Center for Garrigues Studies or the European Institute of Humanities between others.

As a researcher he has published in national and international journals of Philosophy such as Philosophical Readings, Universitas Philosophica, Pensamiento, Éndoxa or Azafea and has participated in different competitive research projects. Diego S. Garrocho is the author of the monographs on nostalgia. Damnatio Memoriae (Alliance: 2019) and Aristotle. An ethic of passions (Avarigani: 2015). He has also coordinated the edition of Socrates volumes. The death of the fairest man (Avarigani: 2015) and Europe: Tradition or project (Abada: 2013) with professors Zamora and Rocco respectively. Similarly, he has collaborated with contributions in other volumes such as Humanism and Animalism (Arena Books: 2012) and accompanied Jorge Pérez de Tudela in the Pardonner edition. L´impardonnable et l´imprescriptible by Jacques Derrida in Spanish, with the essay “Aporéticos del Perdón”.

In the field of scientific transfer, he has published articles in the generalist press (EL MUNDO, EL ESPAÑOL, PÚBLICO, EL CONFIDENCIAL). Since 2013 he directs the Index Magazine, edited by the National Statistics Institute, and since 2018 he has been a member of the Board of Directors of Actuaries Magazine. Garrocho is Coordinator of the Master’s Degree in Philosophical Criticism and Argumentation together with Mr. Sánchez Usanos, Academic Secretary of the Department of Philosophy, Director of the UAM-DEMOSPAZ School and member of the Unesco Chair in Education for Social Justice of the Autonomous University of Madrid.